Why Am I Such A Bad Cook?

Why Am I Such A Bad Cook? 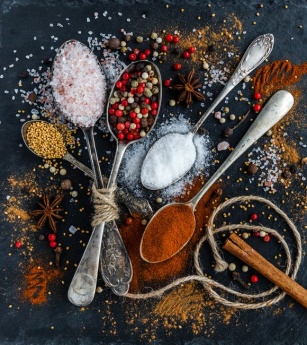 Why Am I A Bad Cook?

“Mom, I taste something strange in the butter chicken,”  complained my teenage son who was addicted to my cooking like a coach was to an under-achiever with the hope of arousing a hidden talent, in spite of its slim chances of surfacing. He wrinkled his nose, “Ma, is there something missing?”

I wondered where I had gone wrong. I had diligently followed instructions from a recipe book, perfectly timed each spice in sequence, roasted the chicken for the correct duration, added a few spoons of water to save the onions from sticking to the pan, and then just before they did, I had taken the pan off the stove to let it simmer in its juices.

These were not my early days in Canada when  I cursed myself for coming for many reasons,  mostly because I didn’t know how to cook. And I didn’t really want to risk asking for help from a few Canadian acquaintances because of my shame of revealing this major flaw.

But there was another, deeper reason, why I didn’t ask. How was I to explain to these hard-working, self-reliant people that in India, middle-class women didn’t really cook? They had full-time cooks.

So, I ended up making weekly calls  (no, not to my mother, but)  to my cook in India, completely disregarding my husband’s annoyance at the rising phone bill. After the usual six minutes of whining, my cook would patronizingly indulge me with a few treasured recipes for the week. I diligently wrote them down, followed, and revered them like my spirituality. Over the years, I proudly churned some good dishes, some not-so-good, and many burnt, inedible ones. My poor children knew no different since all they knew was their mother’s cooking.

My husband, not so much.

He always ate in silence, keeping me on tenterhooks till the end of his meal, until the litmus test.  How my dish-of-the-day had faired, depended on whether he asked for seconds.

This, of course, was never the case when he cooked. For some strange reason, with no previous cooking experience either, he was as at home in the kitchen as a fish is in water. We ordered our favorite recipes then waited fervently with watering mouths for his next scheduled kitchen date. Whether he had cooked those dishes previously, was inconsequential. Each time he whisked together another great dish, adding to his rising list of culinary accolades.

So was it just me then? Was  I born to be a bad cook, like a child without a musical ear struggling to sing in tune? No, that could not be. I was told never to accept defeat. And I was born to do great things, cooking included. All I had to do was strategically revisit my best efforts in the kitchen and identify where I was going wrong. And that was it. The answer was staring back at me. Why had I not seen it before?

My best efforts in the kitchen were not really for cooking. Instead, they were for giving me a space for release to fume up against all the real and perceived injustices in my life. The kitchen had been my battleground. It had served well for my not-so-happy days. If I didn’t like the condescending tone of the children’s daycare manager for being five minutes late, then out came my razor-sharp fury on the neck of innocent cucumbers, pumpkins, and squash. While working at my under-employed, part-time job, if my dense boss blamed me for something that was his fault, then, even god couldn’t save the lentils on the stove that night. They were boiled and throttled until they could suffocate no more. If heaven forbid, my husband gave me the silent treatment at a time when I was bursting with inquisitiveness about his day, out came the extra jalapenos.

Our first year in Canada, we bought things from a large Chinese underground market near the bus terminal. One lazy Sunday afternoon, its crowded, messy lanes were pungent with smells of fried fish and noodles. We sat down at a roadside tent to try a plate. Just  next door, I saw a sign: “Pressure Cookers for Sale.”  I remembered that I desperately needed one to save time during my increasingly busy evenings.

I tugged at my husband’s sleeve and stepped in.  Instantly, I was blinded by the silver gleam of steel pressure cookers stacked on the topmost shelf of a rickety cabinet. They came in two sizes. It was the perfect opportunity to impress my husband that I too could be prudent. “Let’s buy a two-liter pressure cooker instead of a five-liter one,” I suggested, after inspecting the prices carefully.

My husband was very pleased that I wanted to purchase something for the kitchen. But it seemed that he wanted to impress me more. He bought me both, pleased about his ability to fulfill more than what I needed. Little did he know that these cookers were to become key pawns in setting up my battlefield.

And that day, as I recalled, was the start of my cooking quickly, recklessly, badly. As the steam from the pressure cookers ruptured my eardrums and ripped the kitchen air with a fury like no other, I felt at peace. I didn’t care what I sliced, chopped, or burnt, as long as I slaughtered another dish. What therapy!

This became an addiction.

Oh, for all these years, how could I have been so ruthless, so blind to the needs of my family’s taste buds?

But I knew what I had to do now.

I had to pay my penance by breaking this evil habit of dish-slaughtering,  go the extra mile to add a secret yet common ingredient for all my dishes. And this secret ingredient had to replace all previous ingredients of fury and resentment I had harbored and used over the years.

This newly discovered secret and immortal ingredient was – Love.

I had to cook with love.

And love had to be wedded to a special partner – Patience.

With Love and Patience in each dish, I had no doubt  I would emerge as the best cook in the world and earn a victory better than personal therapy: I would win the hearts of my children and my husband with my cooking!  These new dishes, made with love and patience, were to be my salvation, my repentance, and my work of art. With these dishes, I would be more than a cook, I would be a good cook, the best cook that I could ever be.
It was my moment of revelation. And it had come to me, lo and behold, in the kitchen itself!

A strong, burning smell brought me back to the present.  “Mom! Is this all that you have for today’s lunch?” screamed my impatient daughter from the dining room.

Oh, my God!  I had chosen a wrong moment to contemplate. So what if it were the greatest epiphany in my life, it was still at the wrong moment.

The pan in front of me sizzled feverishly. Smoke started filling my lungs as I ran to open the kitchen windows and throw water on whatever was left of the cauliflower and potatoes. Then I lined the serving bowl with the salvaged portion and, with a broad smile, walked into the dining room. As soon as the bowl touched the table, both children dived to scoop large helpings on their plates.

“Ah! This is so much better than your butter chicken mom,” said my son.
What? How could that be? My daughter could barely chew the large portion in her mouth. She gestured a thumbs up. “See! This is what was missing mom,” she finally said polishing off the last charred morsel on her plate.

My family liked burnt cooking?  Surely then, we would qualify for some sort of a magazine list of weird families.  I had to sit, take a  moment to think.

And was there scope for improvement?

In all three things: my cooking, my children, and myself.

That night my husband still ate in silence. But he asked for seconds.