Being Solitary: Is My Virtue and My Vice

Being Solitary: Is My Virtue and My Vice 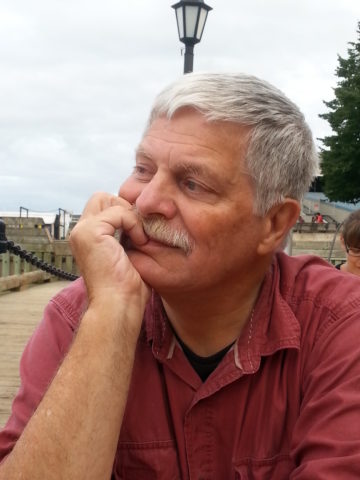 My name is Roy Wiseman and my story is about coming to terms with my solitude, hardship, survival, and success.

I was born in 1946 in a cottage hospital in Whitbourne, Newfoundland to a veteran Newfoundlander father and an English nurse mother. My mother was a war bride, emigrating from urban London, England to rural Newfoundland to make a life with my father after World War II. As a returning veterans under the Agricultural Re-settlement Scheme the government allocated my father 50 acres of land in Cormack, a cow, a horse, some pigs, farm implements and a house to live.  However, farming was precarious for my inexperienced parents. 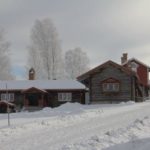 The unpredictably harsh weather, unpredictable income from failed crops and lack of modern convinces plunged us into hardship.  By 1948, we returned to England, but couldnt settled there and came back to Newfoundland in 1952.

I was the second child, podgy and smart. I learned to read before I was four and remembered my mother showing me off asking me to read in front of others. I was six when we returned to Newfoundland.  My childhood memories are of my sister running care-free, leaving the house early with friends to dash at riverbanks, climb cliffs, pick berries, and return before nightfall.

When I was twelve, my parents uprooted us again, deciding to move to Toronto for better prospects for their children. This was major transition for me and my sister. Although we knew the language, it was almost like an immigrant experience. The schools were so different in Toronto and everyone was a stranger. I was an outsider who didn’t fit into the established cliques. I tended to gravitate to other “outsiders” like me.

In Toronto, my parents both worked at low paying jobs, so I knew that we were struggling financially. My first summer was lonely. I basically knew no one and we didn’t have much money. My parents were not around to solve my problems. I learnt survival, to rely on myself, grow a thick skin and to keep myself amused. reading and inventing my own games. I learned to value being an outsider, and being different. Now, I don’t admire people who achieve success too easily because of their background or connections. My sense of the world derived more from others of different ethnicities. I made friends who were Japanese, eastern European (mainly post-holocaust Jews) and Italian. I visited their houses and felt at home. Their parents often spoke little English, and were also adjusting to a society which was alien, while retaining their values from their native countries.

My teenage years were focused on sports (especially mid-night hockey games, the only time we could get ice-time) and hanging out with other boys. In my university years, I enjoyed Toronto’s Yorkville folk music scene.  I also took part in student protests in Toronto around the Vietnam War and Race Relations. During university, I also worked every summer to save the money for University tuition.  For two summers, I worked moving furniture, which was great for building strength and stamina, and also paid well with lots of overtime.

Despite growing up in the sixties, I never did drugs. I never wanted “mind-altering” experiences and didn’t like the idea of not being in control. We did drink and remember being dragged along an apartment hallway from one drunken party when the police were called. At the time, the drinking age was 21 in Ontario and 18 in New York State, so we often drove across the border into America  for drinking and all-night horror movies.

I met my future wife Brenda at a party.  Afterwards, a friend arranged a double date, since Brenda was the best friend of his date.  Our first date was to attend a Gordon Lightfoot concert at Massey Hall.  Our relationship progressed rapidly and we were married in 1969.

In 1970, our first son Christopher was born with severe cerebral palsy.  He lived until he was 20, but was never able to walk, talk or even feed himself.  He may well have had near-normal intelligence, but it was very difficult to decipher when his ability to communicate was so limited by his physical handicaps.  In some ways, it was fortunate that our daughter Tara was born within a year of Christopher. Many parents with a severely handicapped first child don’t risk a second and the first becomes their focus for years. But Tara normalized our experience of parenting and gave us balance.  Three years after Tara, we decided to have a third child, Geoffrey.  We liked to say that we had “one of each” – boy, girl and Christopher.

But this took a toll on my marriage. I started spending too much time at work. I enjoyed my job and it also gave me a break from home responsibilities. But after being with people all day (and being an introvert), when I got home I wanted quiet. Brenda, on the other hand, had spent a day with the kids and needed a break and adult company. This is a common story: while my career soared, my marriage failed. We decided to separate. For years I felt guilty about leaving my wife as the primary caregiver for raising our children, including Christopher, who was a major burden for a single mother. Today, while I still feel guilt, I have also recognized that I am happier living alone.  Perhaps I was never meant to be married.

Today I have another partner.  For a long time, she thought we would be married, but I resisted.  We neither married nor lived together. We have no come to realize that this was probably best for both of us.  While we still love each other and enjoy each other’s company, we both value our independence and not having to make the compromises that living together entails. For me, my happier ever after is being alone. My cat provides all the daily companionship that I need.

My parents belonged to a White Anglo Saxon Catholic world. My childhood in Toronto revolved around Europeans. By the time I started working as an adult Canada had changed drastically. I was surrounded by a full range of races, colours, religions and sexuality. However this was not the case with my parents. So when my daughter Tara announced her intention to marry a considerably older Vietnamese man, they were shocked and hurt that she would choose to marry out of her community. Despite being a favourite grandchild, they broke off ties with her for some years because of their prejudice. However, they eventually came around to seeing that they were wrong. I learned then that prejudice has many shades and can live in otherwise good people due to ignorance or lack of understanding and simply being raised in a different time when such attitudes were common and accepted.  It took courage, on their part, to throw off a lifetime of habit and learn to think differently.

My early life had a deep impact on my psyche and character. From my mother (a war bride, Londoner, transplanted to rural Newfoundland), I learned acceptance and survival in any situation – not just survival but embracing whatever comes.  My mother came to admire and love Newfoundland.  It was she, and not my father, who expressed a wish to be buried there (and not back in England).  After she and my father both died in the 1990’s, my sister and I undertook one more trip to Newfoundland and they are now buried in a graveyard in Heart’s Delight, where my father was born and where my mother first arrived in Newfoundland.

From my father (Newfoundlander, with minimal education), I learned not to over-value formal learning.  Despite not even completing grade school, my father was well-read and smarter than most university graduates.  I also learned that physical toughness could co-exist with caring and compassion.  From both, I learned to value thrift, and how to do with little. My growing up in Toronto taught me that my circumstances and other’s privileges didn’t determine our worth. I was never impressed by social status (and the language or social skills that went with it). And despite being relatively fortunate in life, so that I don’t have to worry financially, I remain confident that I would be no less happy if my financial circumstances were quite different.  I enjoy being comfortable but have never wanted to be rich – and don’t admire people who are.

Christopher showed me that severe handicaps don’t make one less human or less intelligent. From my other children I learned that one cannot relive their life or attempt to cover their mistakes through their children’s lives. Our children must and will follow their own paths, rather than some course that we have laid out for them – and we should also enjoy their journey and support them wherever it takes them.

In later life, I learned that success in my job was momentary.  What seems important at the time, gains perspective when you leave it behind.  People are replaced and specific accomplishments are forgotten – blown away like leaves in the wind. All that it left, and all that matters, is having a positive impact in those around me, even though at a personal level I prize my solitude.

Question to the readers: Are you most at peace when you are alone or in a group? Whatever your answer, have you wondered why that may be?