Toronto, My Love, One More Time!

Toronto, My Love, One More Time! 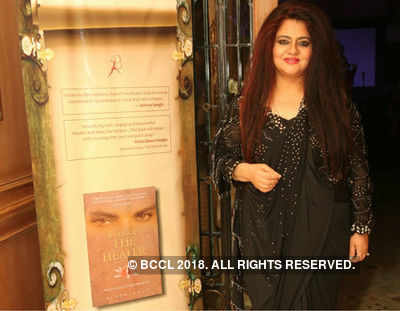 As I look down from my Jet Airways flight, memories of my last trip flood my mind. Many years ago, I had come as an immigrant, to make a new life here, except that my future had a different fate planned for me rather than someone who would be changing continents.

My mother, Shahnaz Hussain, had by then created an international iconic brand of Natural Cosmetics and I had been appointed as President of Shahnaz Herbals.  Settling in another country at that time seemed incongruous with my situation. My husband’s reasons to immigrate to Canada were very succinct. The Time magazine had rated Toronto as one of the best cities in the World and we thought that it would be good for the children. We had read about Canada’s purest air quality, clean roads, and great transport.

The reality is that we lasted only a few months in Canada.

Today I am back here all over again as a visitor to re-discover the city. And this time around, I wish I had stayed on years ago.  I look out of my Hotel Window at night I am struck by the skyline, illuminated as though it was celebrating itself.

So was Toronto still one of the best cities to live in or had time decayed it in any way?

I walk on Harbour Front searching for a café I used to visit every evening years ago and to my surprise it was there, unchanged. I feel that the air was fresher than before.  Coming from New Delhi  I have learned never to underestimate the environment of a city. Living in Toronto I take a deep breath and enjoy this elixir that is for free and cannot be bought for the love of money in many cities.

Lake Ontario spreads its veil of calm as I look out at lazily drifting yachts and the occasional plane catching a strip of land while skimming the water surface. Nature has gifted Toronto with this amazing piece of the Aquatic real estate. Lake Ontario has a major role in making this city what it is. Most great cities were built on water and the reasons may change with time but the bounty of nature is permanent. So for Air and Water quality, I would give this city full marks.

The Shopping here is enough to satisfy most avid travelers yet it’s not the high street but the suburban Malls that steal the show. The food is Toronto’s best part. It reflects its multicultural soul. It reveals and celebrates the plurality of its character. Toronto embraces the world with a kind generosity and warmth of spirit that is touching. To think that a place, a country should open its doors to the world with acceptance and happiness is quite rare. Toronto to me is the capital of the world because it houses every country within its fold.

If I had to say one thing that I would like to see different it is the lack of excitement for entrepreneurs that I met. Being a lifetime business woman what I have gathered is that taxation makes business unfeasible at some levels. It has created a discouraging atmosphere and much as the government is happy to give out generous grants I feel that the greatest of Industries were built when the soul is quenched with what is earned with sweat and not through grants.

The Subway could also do with improvements. Toronto is booming and growing and this shows on the traffic junctions.

I do have one fright. That of revolving doors! Can someone please put a speed lock on the revolving doors that seem to rule in this city ?. I have almost taken flight through several of them and I can imagine a sweet old granny trying to keep pace with an impatient youngster in a hurry in the same swirl.

For me, Toronto is a peaceful space on this planet where people are happy, problems are few and life has been structured to create maximum conveniences. I have heard this line so often; ‘ We are really happy to be living here’. If the happiness quotient is to go by Toronto is unreal. Toronto is like an oasis in a very negative world at present. Getting ready to go back home to Delhi, I feel as though I have to jump out of my bubble into the rough grime of life. Life’s Good here so love it for all it gives you.

Toronto its great being back here, ‘ One More Time.’