Did I Discover My True Self Because Of My Struggles?

Did I Discover My True Self Because Of My Struggles? 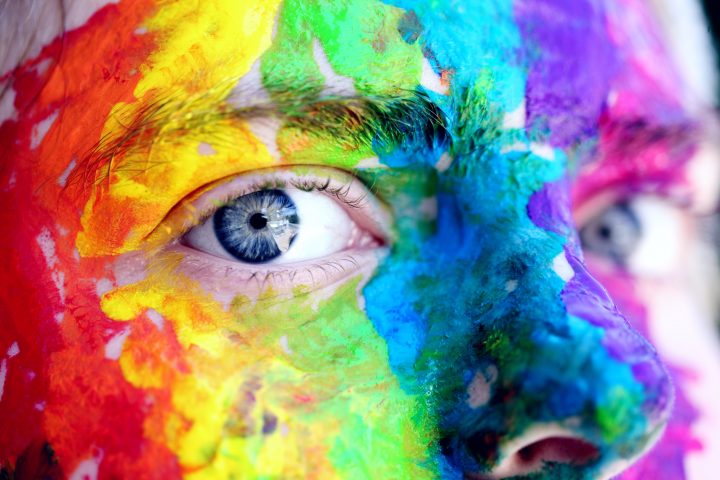 My name is Andrew Baldwin * and I am a Canadian gay man who has allowed my struggles to lead me to my strength.

Life was puzzling, but now it is mainly interesting. When I was a child, I’d often wondered why life was so difficult for me, and for people around me. Were we being punished by God for past karmic crimes?  Was there even a God, or universal power that cared?  Why had my family struggled so much before coming to Canada, fleeing our home in East Africa due to political and nationalistic unrest, only to face cultural isolation and overt racism?  Why was I born into a conservative family and was terrified of losing them when I turned out to be gay?  And why did I have to struggle with depression and anxiety, wishing someone or something could save me from my deep suffering? No, this was not the life I wanted. But this was the life I got.

I grew up in a poorer neighbourhood in Toronto, the ones where newcomers tend to congregate, attracted by low rents and hopes of connecting with others from their homelands. Even here I always felt like an outsider. I was neither athletic enough to join sports nor confident enough to be self-reliant. Instead, I followed my older brother for safety and comfort.  I was constantly afraid of the local bullies, who would dole out slurs or punches to unsuspecting kids trying to escape attention. At home, it wasn’t much easier either. Often I was the harmonizer and peacemaker between two battling parents who used words and fists to express their anger with each other. It does not surprise me now, in my mid-40’s, that I developed a deep sense of insecurity, vulnerability, and depression.

What made things worse was discovering around the age of 13 that I liked boys instead of girls.  I prayed to God that it was just a phase, not knowing at that time that this was not a choice that I had. Discovering that I was gay filled me with fear that I could lose my home, family, friends, and even God’s approval of me. So I suppressed my identity. These years were the most difficult, full of isolation and sadness and I often struggled with thoughts of suicide. But I wasn’t courageous enough to try kill myself; I think I was just desperately seeking help from someone, anyone.

In my early 20’s, a good friend said to me, “You won’t know what weight is on your shoulders, or how it will free you up, until you are your true self”.  She was absolutely right.  I came out. By coming out to friends and at work, I realized that most people didn’t care if I were gay or straight, for they seemed to like me for who I was.  However, coming out to my family was a different matter. My parents were confused, hurt and angry about me being gay.  And my brother closed off all communication for a period of time.  Today, things are better but I’m still not truly accepted and my relationship with my brother, remains strained.

By my 30’s, I assumed that this was how life was going to be for me, I would feel no better, that I just had to survive.

This is when things changed and I met the love of my life. I fell into a ten year relationship with my partner who seemed to be the saving grace I’d been looking for.  He was kind, caring, willing to support me through the difficult periods.  I was still unhappy a lot, but I also found some joy, some security, finally.

But life got interesting again. We broke up. He wanted to pursue a different path. I lost the relationship that I thought was going to carry me to the end of my life. I was devastated. I didn’t know how I was going to handle the deep sadness and pain that I felt. With the help of friends, I reached out to some tools like therapy, meditation and spirituality.

By the second year, I started to sense that the worst was over, and that I was actually stronger than I’d ever thought I could be.  I started to see that I had an opportunity that I never thought I’d have in this lifetime, to learn about who I really was, to challenge my fears and depression, and to go beyond my fears to become who I believe God created me to be. I never would not have voluntarily pulled the plug on my relationship with my partner. Yet in hindsight, without the breakup, I would not have been challenged to grow, to mature, and to see that I was more capable than I thought.

I’ve also come to realize that If I hadn’t been gay, I would not have understood that while you can be pushed to the outskirts of society, it also offers you freedom to start to think for yourself, to challenge assumptions, and become your own person outside of family and societal expectations.

And without experiencing fear, anxiety, and depression, I would not be as kind or as empathetic as I am today to people who also suffer as humans living in this world.  I wouldn’t know what strength was if I hadn’t had to overcome personal challenges that at times I thought could have killed me.  And I wouldn’t have delved so deeply into spirituality looking for answers, and finding out that this is what I’ve been searching for all of my life.

Living life as a human being requires challenging your family, your society, even your own judgments about yourself.  Hardships, disappointments, confusion, feeling lost – perhaps it’s these very things that we wished we could avoid that, in hindsight, are the fuel for our journey towards our inner truth.  And then we may begin to see the wisdom, love, and grace that life gives us, even when we’re hurting. And that it really has been worth the journey.

Did you have any turning point in your life that took you in a completely unexpected direction? Even if that path was painful, what gifts did it provide?