Change Is The Ruler Of My Life

Change Is The Ruler Of My Life 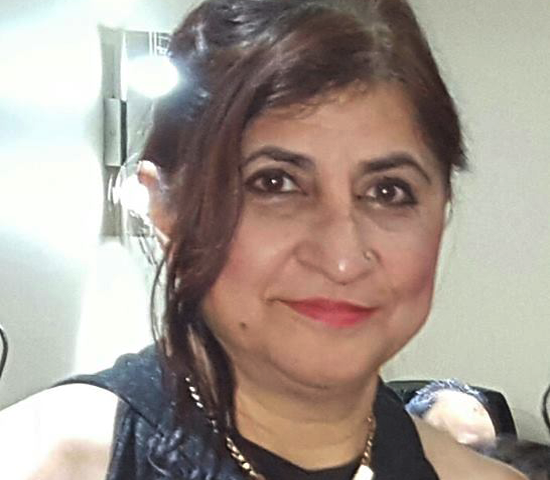 My name is Poornima Mohan and my story is about how I was able to befriend change as the most daunting, frequent and somewhat permanent visitor in my life.

My story of change started with my wedding just after I graduated. I met my husband during college. He was an Indian army officer, almost ten years older than me. We connected on our common love of P. G .Wodehouse and initially argued on everything from politics to literature. Being gifted with oratory skills since school, I often beat him on every topic. He served in the 1971 India – Pakistan war. I still remember a hilarious war story. There was always a standing bet amongst army officers that nothing was more cowardly than turning your back towards the enemy. One day after the war was over my husband was counting gun shells near the Indo-Pak border with two junior officers. But the border didn’t have a boundary wall and not knowing his way, he accidentally crossed over into Pakistan. Immediately shelling started and his two officers sprinted to take cover. He, however, couldn’t turn his back to run, in the name of his pride. Yet, he didn’t want to die either. So he did the next best thing. He started running backward! And he ran backward all the way to the safety of the Indian border while facing and dodging bullets off his chest. I always told him what a foolish thing that was, but secretly I was proud of his bravery.

The first turning point in our life came when my husband decided to quit the army and return to his second passion in life as a civilian. He decided to become a journalist. By that time we had two sons. We had to release the past and get used to a new way of living. Together we started a business magazine called The New Entrepreneur which became quite popular as we featured top Indian industrialists and diplomats. But it was grueling hard work. One day as we were heading for a scheduled press conference, we lost our way and reached a wrong address. There was a Canadian immigration seminar being hosted. I asked a few questions about the prospect of journalism in Canada. Receiving a very positive response from the agents, on a whim we filled the immigration forms for our family.

Meanwhile, through a common friend who had heard of my oratory talents, I was invited to join local politics. I became the general secretary of a local chapter of Woman’s wing of the Bharatiya Janta Party  ( BJP) in 1996. I enjoyed giving speeches, organizing blood donation camps and canvassing for other women candidates to get elected as Members of Parliament. Soon my contributions to the party were recognized and I was offered a nomination to stand in the next election as an independent candidate.

The second turning point in life came now. As I was preparing for my campaign, our Canadian immigration offer came through. It was a difficult decision with unprecedented change. Finally, I bade farewell to my political career before it started, and came to Canada to start a new life.

I arrived in Canada alone leaving my husband and two sons in India. It was the dead of winter, with snow and freezing winds as I started out from a basement apartment of distant relatives who were neither very kind nor helping. Soon my family joined me but our initial years were full of hardship trying to make ends meet with survival jobs. Having lived most of our lives in India, being middle-aged when we arrived, we had a very non-glamorous view of Canada. We liked the honesty, cleanliness, punctuality, and politeness of people. But we faced racism and a complete lack of economic opportunity. We found the general population in India more opportunistic, connected, and globally aware than in Canada. Yet we stayed on as we had nothing much left to go back to.

The third turning point came when my husband suffered and thankfully survived a stroke. Our life slowed down due to his quadruple by-pass surgery. One cold grey day while waiting outside his physiotherapy clinic, as I was fiddling with various radio channels I stumbled upon an ethnic radio program looking for new talent to host their Hindi show on AM 530. So after struggling in a number of jobs here, I finally gravitated towards what I knew best, projecting my voice. I went for the audition and was immediately offered my own talk show. The show picked up like wildfire.  And then I became ambitious. I sought to develop my own radio show and unfortunately due to start-up issues, this failed. I was back to square one, looking for a job again. But my voice kept me going. I continued to take small offers to compare programs, chair meetings, and fill in for vacancies on the radio station.

Today I have pieced my life together comparing on another radio station 1650 AM, performing on stage for the Hindi Writers Guild Theatre, and other things. What I have seen all these years is that just as you get comfortable life unexpectedly throws a challenge at you. And each time we had no choice but to be strong. Life moved fast for me and I had to let go of my past to be able to cope with my present.

Question for Readers: Have you faced a situation when you have not been able to move on from your past to face the present or what the future had lined up for you?  How did you overcome this challenge?