There Is No Good In People

There Is No Good In People 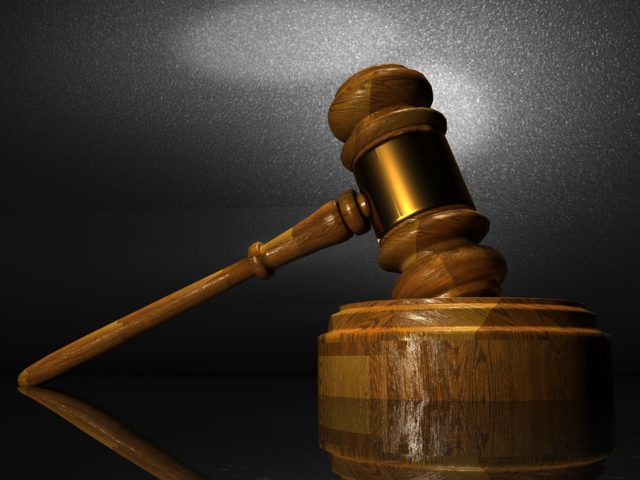 ‘There is such little good in people ’, I concluded my speech and turned to take my place in the row marked for new members amidst loud applause. I was sure that with what I said would definitely make me an instant hit with my fellow members.

Oh, how good it felt to get that off my chest.

It was my first day of joining the Society of Whiners.

Whiners as complainers, and not connoisseurs of wine. Although the two were not mutually exclusive.

As I aged I felt the need to complain as essential as the need to rest in the afternoon. Brooding over the problem of ‘everything’ was more alluring than looking for a silver lining behind it. And Aging bestowed another realm of earned privilege, a liberating pertinence of being unapologetic about how I expressed myself.

I no longer cared about what others thought of me if I didn’t like them, their views, their faces, their values, their clothes….  I was no longer bound by the compulsions of trying to see the good in people.

So one grim afternoon, as I sat looking at the sky turn from an indigo to a dark grey, when the phone rang its miserable sharp ring.

‘And how are you today Jane ?’, I replied to my irritating and singular friend.

‘I have seen better days’, was Jane’s quick rebuke.

And then she continued in the same monotone, ‘Oh listen, I called to ask if you would be interested in joining this great new society that my cousin’s wife is a member of? You see….they only have a small window open for new memberships due to the immensely popular need that this society serves in our community…as you can imagine….they have more members than they can ever handle………..’

She explained and I listened intently.

It was like a call from heaven. Just what my soul was craving for. The thought of venting, whining, complaining on just about ‘everything’ without the fear of consequences was so therapeutic. Alas there was hope for my kind. I wouldn’t die alone.

I had arrived early proudly wearing an Oscar Wilde sloganed tee shirt, ‘“ Praise makes me humble, but when I am abused, I know that I have touched the stars.”

The opening speech from its President inspired me further . The motto of the Society of Whiners was ‘ Better Out Than In’.

The President’s deep voice filled every corner of the large cold meeting room, ‘ ….We are unleashing a promise of fulfilling a new societal code of conduct and a new set of morals that one needn’t be preachy- good to be happy. One needn’t force our spirits to be bound in chains of societal banter… one needn’t be compelled to see good in others where there was none…. at our age we had earned this privilege of expressing what we felt without fear ….’.

I sat through other speeches of people who had much to complain about, from the ache in their back to the late delivery of the mail man, and they did so even more vehemently than me. But I had hope, I had to learn fast to be as good as them at least by the third meeting.

My concentration was broken momentarily. Through the smudgy windows I recognized the signs of bad news that our weather forecast had been blasting over the boom box the whole week. For once they were right. It has started with a light flurry. I knew this would turn into heavy snowfall soon. It always did. And then people, ridiculous as they were, wouldn’t have the sense to slow down on the road, and then cars would skid, crash….

I held my friends cold wrinkled hand as we both tread carefully towards our cars. Of course our meeting organizer didn’t have the sense to pick a venue with covered parking space, so lo and behold, there was my car covered in snow. Now it would take me another half hour with my achy elbows.

‘….Eh hello fellow whiner…!;, came a cheery voice. I tuned to recognize the red faced man who was sitting next to me in the meeting.

He was pointing toward my car.

It was brushed clean!

‘ I thought I would clean yours as well, since I was doing mine..’, he said with a wave as he got into his car and drove off.

I must say I was surprised. Yes maybe it was nice of him but no one is nice without a reason. I was sure that his gesture had strings attached for future. Ah, maybe he would ask for a ride one day? Yes, definitely that was it, he would.

The streets were not as bad as I had imagined. I drove slowly in the left lane and ignored the multiple honks from rude, imbecile drivers. At least I would reach a reasonably clean house. My cleaning lady must have finished by now. I hoped that she had done a better job than last week when I had to recheck every corner. What was the state of domestic help these days? No one was reliable anymore. I just tolerated her because of familiarity, not because of any great cleaning skills.

Even though my arms had been spared from this rigour snow brushing, they still, for some strange reason started shaking. Maybe this was the start of a body ache and then a fever. I got those very often now.

I was thankful to have reached the safety of my driveway.

But alas now it was my driveway’s turn to be shoveled. Oh lord. It never ends. What good is family when they are never around to help?

Ah at least the cleaning lady used the fresh pine sanitizer on the floors. How I loved its smell every time I entered the door. But I know that it contained toxic substances. How I wish she would listen to me.

What is this! A note?

Dear Madam, I am glad I came in time to shut the stove…I think you must have left it on by mistake….I also cleaned the attic today. See you next week. Maddy.

Oh my. Did I really leave the stove on? Yes, it is a good thing that she came in time or else I probably wouldn’t have a house to come back to. Yes, now I will have to tip her. I am sure that is what she was implying. And the attic, well, that was long overdue….

As I took off my coat, I realized that my earlier prediction of a body ache leading to something more serious was probably coming true. So I slid under the covers deciding that shoveling my driveway would have to wait. I just prayed that in the meantime my dim-witted neighbour didn’t unleash his children in my yard, for they would definitely slip and break something on the black ice that covered it…..

I woke up feeling refreshed

There was a sound at the door. Was that the door latch ? I anxiously got out of bed . Who was there?

A mouth watering smell of cinnamon and apples made my stomach rumble. Someone had baked. I hobbled as fast as I could to the window to catch a glimpse of an old Buick’s tail light.

It was Katie! She had come to check on me! My only family. My niece. Yes, of course, who else would bake my favourite pie. Who else had the keys …..

Katie was a sweet girl. Well mostly. But not lately. Ever since she got that no-gooder boy friend of hers, it had become increasingly difficult to like her. I was sure that all her gestures were only motivated with one intention. She had an eye on what she would inherit from me. It’s really a myth that the youth are not conniving.

Thank god the snow has stopped falling. It was time to bring out the shovel.

Oh, what was this? Was I seeing this right? My driveway was clean! Did someone shovel for me? Well, it certainly looked like it. Who could that be? Those seem to be marks of a machine. A snow blower. There was only one person who had a snow blower. My neighbour! Oh, that’s rather good of him. Or wait, is it really all that good? Let me try to re-think about his goodness again. I am sure his good Samaritan gesture would soon be followed by his usual request of keeping an eye on his house while he went vacationing to a warm place again. It already was that time of the year when people like him planned to go……but still….

I opened the oven and cut myself a generous slice of apple pie.

The buttery short crust crumbled with perfectly cooked apples in my mouth.

Why was I crying? What on earth could possibly make me feel so wrong?

I had a good life. And today, despite my challenges, it had been a good day.

Because I knew deep in my heart that my good day was because of the goodness of people. Random, familiar, and not-so-familiar people. All of their good gestures had made my  good day possible . From my singular grumpy friend who cut my monotony on lonely days , to the red faced man who cleaned my car, to Maddy who was there to look after my house, to my neighbour who shoveled and my dear Katie who loved me like no other. All of them, near and far, had goodness that was worth being grateful for.

As I bit into another scrumptious bite, I realised, that, I was tired of trying to see the good in people. I simply saw it.

After my initial reaction of being awed by their good acts, I always relapsed back into a shielded place where dislike protected me from being hurt by the accompanying expectations and demands that came with the act.

But now, there was no need to try to resist seeing the good in people anymore.

Goodness in all its shades and forms. And if I had to repay a good act with another, there was nothing to be afraid of with that.

The next day, much to my friend’s displeasure, I sent in my regrets to the great Society of Whiners.