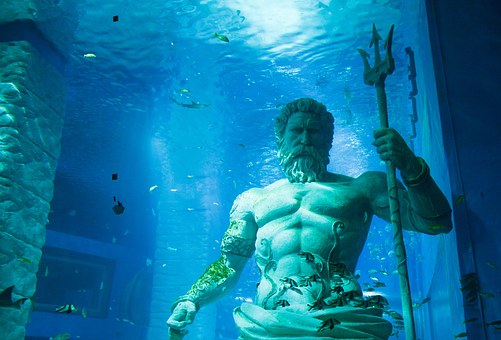 Our world, across civilizations and throughout history, has always needed its tales of holy creatures and ferocious monsters, demonic beasts, saviours and heroes, sirens and witches, kings and gods, war and peace, love and honour, order and chaos. Before the written word, these were oral traditions of story- telling, passed on for generations. In oral narratives, cultural nuances were captured and combined with the wisdom of each of its generations. These tales reflected our inner demons, our imperfect lives, our weaknesses, strengths, virtues and most importantly they reflected our unexplained and somewhat irrational desire to follow conventions. These tales became mythology and within that, its multi layered myths.

Myths and Mythology tell us about our values, and are embedded in our social psyche – how we treat strangers, how we behave in society, how we relate to family, how we worship our gods, and what happens if we don’t.

A fascinating feature across the globe and through time between Mythologies was a similarity- the construction of good and evil. An American mythologist, Joseph Campbell (1904- 1987) in his groundbreaking 1949 publication, ‘ A Hero with a Thousand Faces’, drew on pioneering work of Sigmund Freud ( founder of psychoanalysis) and Carl Jung (the founder of analytical psychology), he outlined the recurring stages in stories and cultures and called it ‘ The Hero’s Journey’.  This took Hollywood by storm. It opened the door for Hollywood producers of big blockbusters like Star Wars, authors of best sellers, playwrights to follow his eleven stages of a model:

Despite similar elements, different societies developed mythologies for different purposes, like teaching lessons of cultural norms and morality. The wonder and belief in a Hero’s Journey, the threads that connect humanity across cultural and geographic boundaries, is probably a necessary one in today’s divided world. And when all else fails, it is this relevance of mythology that keeps it alive. In a state of abyss of positive thoughts of our collective consciousness, it is our mythologies of wonder and magic, of valour and bravery, of love and loyalty – that make us get through the harshness, the ruthlessness and cruelty of today’s world.